To be able to face the combinatorial complexity of the problem, without having to simplify / linearize the impact of the available remedial actions available, the problem is divided into preventive and curative perimeters.
The definition of CNEC and associated usage rules allows to distinguish four temporal situations or instants in the problem:

The preventive perimeter is made up of:

Overloads potentially reached on this perimeter are to be solved with preventive actions.

Overloads potentially reached on this perimeter can possibly be solved with automatons. Preventive actions already applied in the “after outage situation” have to be considered in this situation (from the starting point of the automaton perimeter).

Overloads potentially reached on this perimeter are to be solved with curative actions. Preventive and automatic actions already applied in the “after automatons” situation have to be considered in this situation (from the starting point of the curative perimeter).

This separation between the perimeters is justified by the fact that curative remedial actions are sufficient to solve the constraints which may appear in the curative situation (but were not already treated at preventive stage due to higher admissible limit).

In the example below, preventive actions applied might have a negative impact on a particular CNEC (if the objective function value can be increased through the application of this action) when compared with the initial situation: 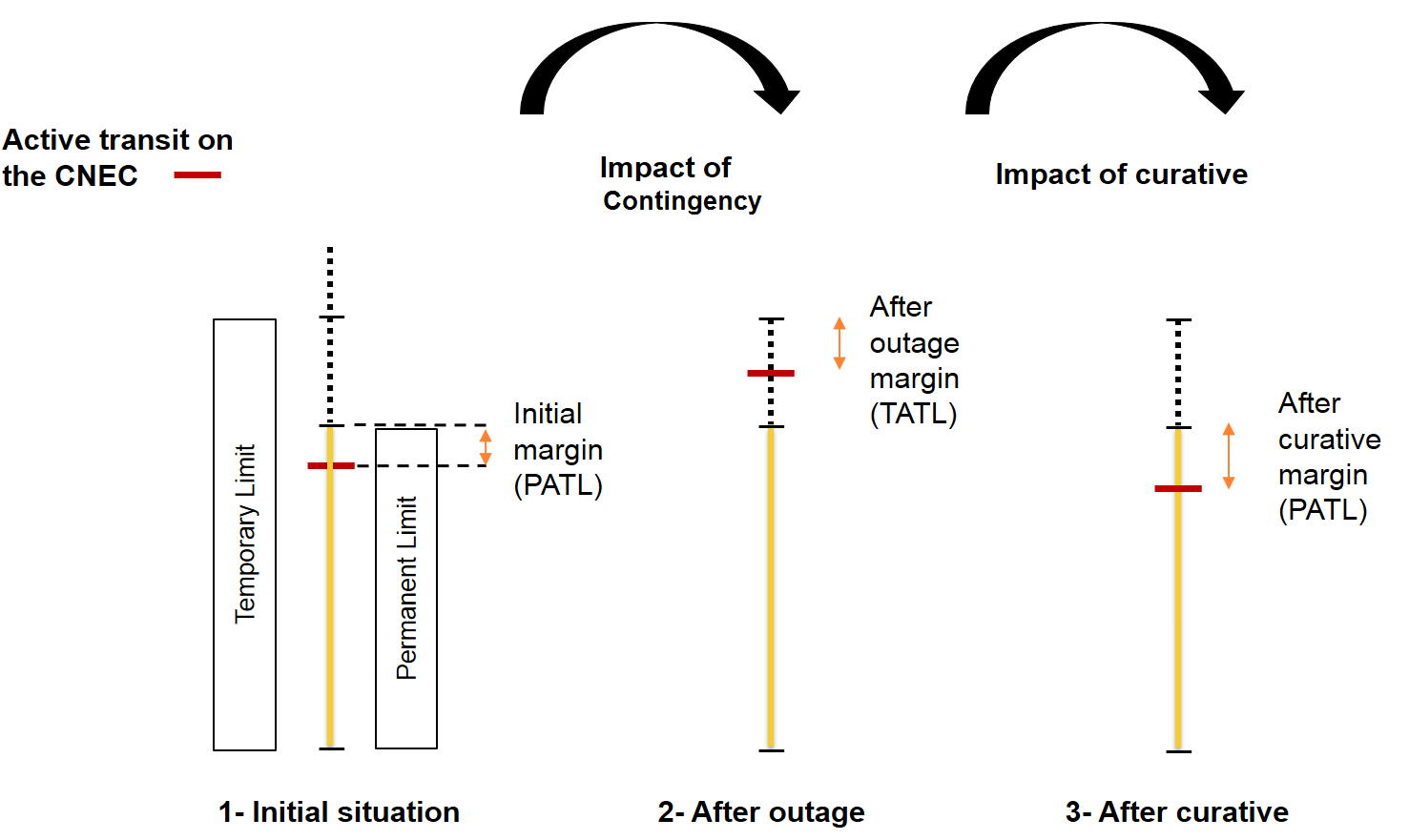 This ensures that the optimisation avoids finding a preventive solution where the flow of this CNEC would lie between the PATL and TATL value. If such preventive solution were selected, due to the unavailability of curative actions, the flow in curative would remain higher than the PATL value, which would correspond to an overload on the grid element (situation for Outage 2 in the figure below). 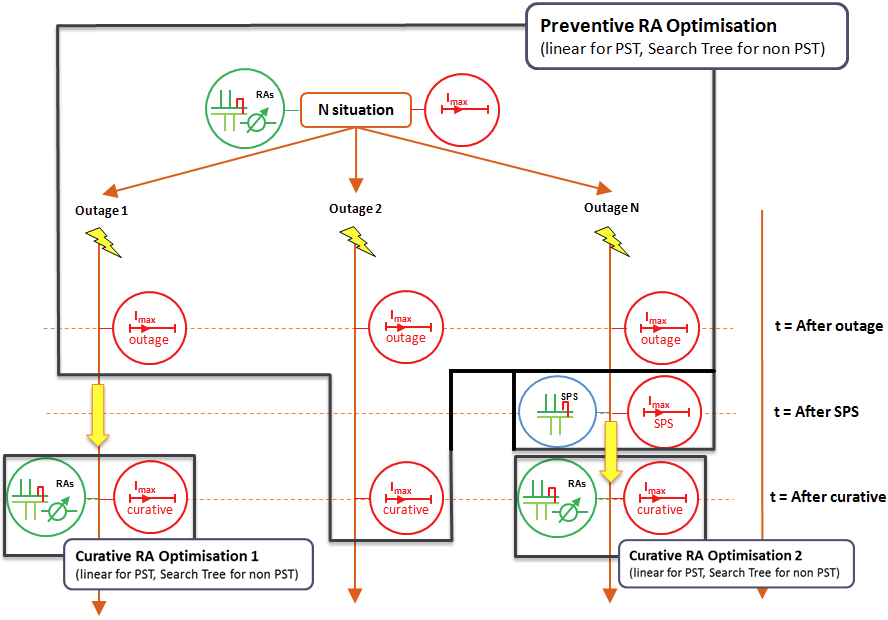