The Linear RAO optimises the linear remedial actions (for now: PSTs, HVDCs, injection range actions) according to a configurable objective function (e.g. maximization of the minimum margin). The solving algorithm approximates the impact of the remedial actions on the network flows with linear sensitivity coefficients. It therefore solves linear optimisation problems to find the optimal setpoints for the remedial actions. Moreover, it can iterate over several reference points in order to mitigate the linear approximation inherent to its optimisation problem.

In particular, the Linear RAO module is used in CASTOR.

The main inputs of the algorithm are:

The linear RAO result is provided, containing the optimal setpoints of the range actions.

Let’s take the example of a PST to clarify how linear remedial actions are optimised. PST optimisation relies on 3 types of computations: 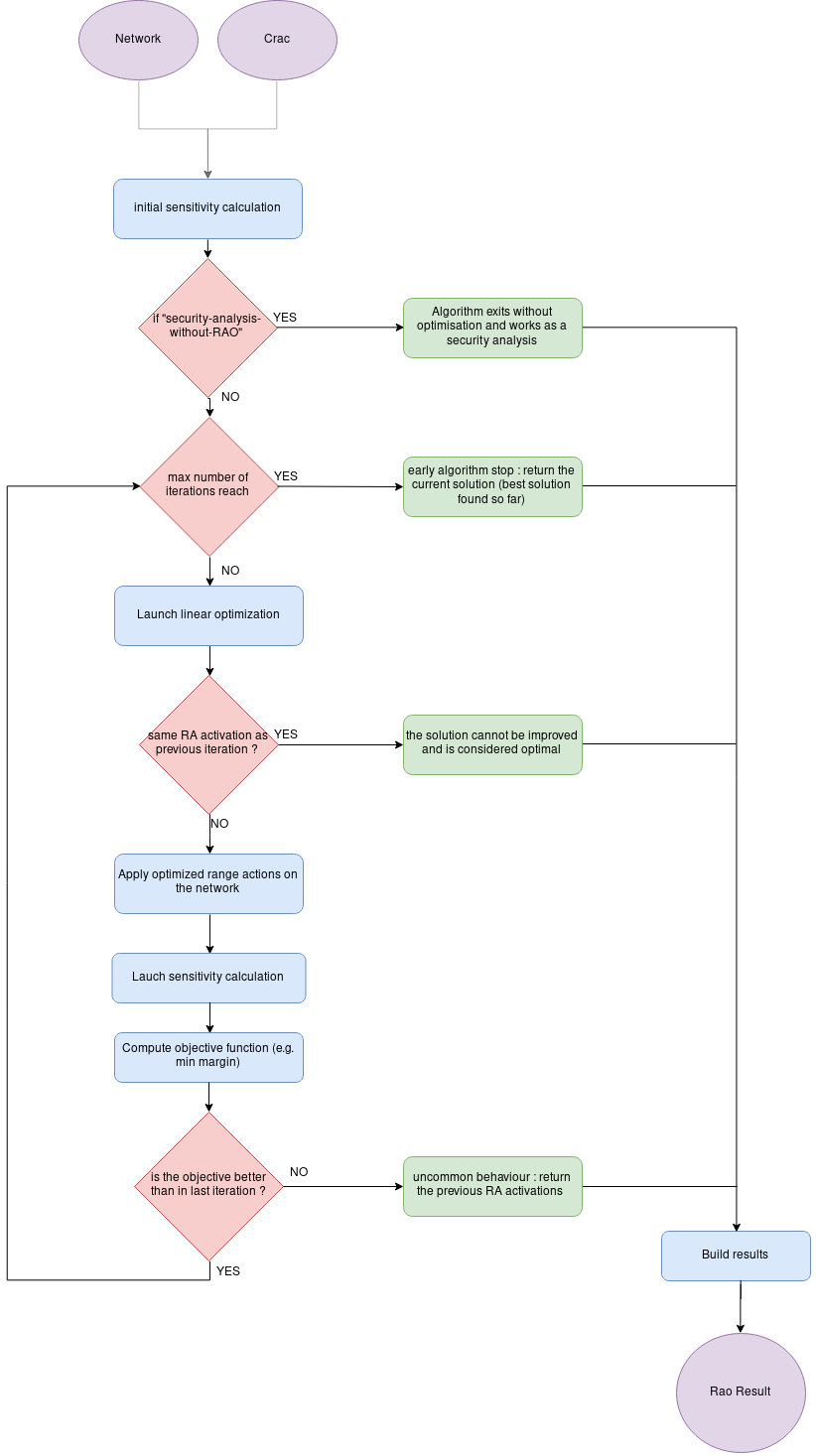 CASTOR can be configured to define groups of LRAs whose taps should be maintained equal during optimisation. To see how this is done, you can check the details of the linear optimisation problem.

Minimum impact of a LRA in the linear optimisation

When computing the LRA sensitivities, only the ones which are higher than these parameters are considered and the others are considered zero. This allows us to filter out the PSTs which don’t have a big enough impact on the CNECs.

Also, while solving the linear optimisation problem, the usage of LRAs is penalised. This is done by adding a configurable penalty cost for moving the setpoints in the linear problem’s objective function:

This way, if two solutions provide (almost) the same minimum margin, the problem will favor the one that changes the setpoints the least.