The FARAO CRAC object model can be directly imported and exported using the farao-crac-io-api.

The JSON format - also called FARAO internal format - is a raw image of the CRAC object model of FARAO. It is particularly suited to exchange a CRAC java object through files, for instance to exchange CRAC data between microservices or Kubernetes pods of an application. It has an importer and an exporter. The complete round-trip (java object → export → json file → import → java object) has been designed so that the CRAC at the beginning of the chain is exactly the same as the one at the end of the chain.

As a consequence, the interpretation of the created CRAC is not straightforward as it contains more Cnecs than the initial format, and with different ids.

This is an example, but the CracCreationContext of the fb-constraint-document is also used for other reasons, such as:

In the CORE CC process, this CracCreationContext is re-used when results are exported at the end of the RAO, in order to roll-back the modifications which has been made during the creation, and export at the end of the process a CNE file which is consistent with the initial CRAC file.

The formats handled by the CracCreator are:

When creating a CRAC from one of these formats, the chain presented above can be coded step by step, or utility methods can be used to make all the import in one line of code. Some examples are given below: 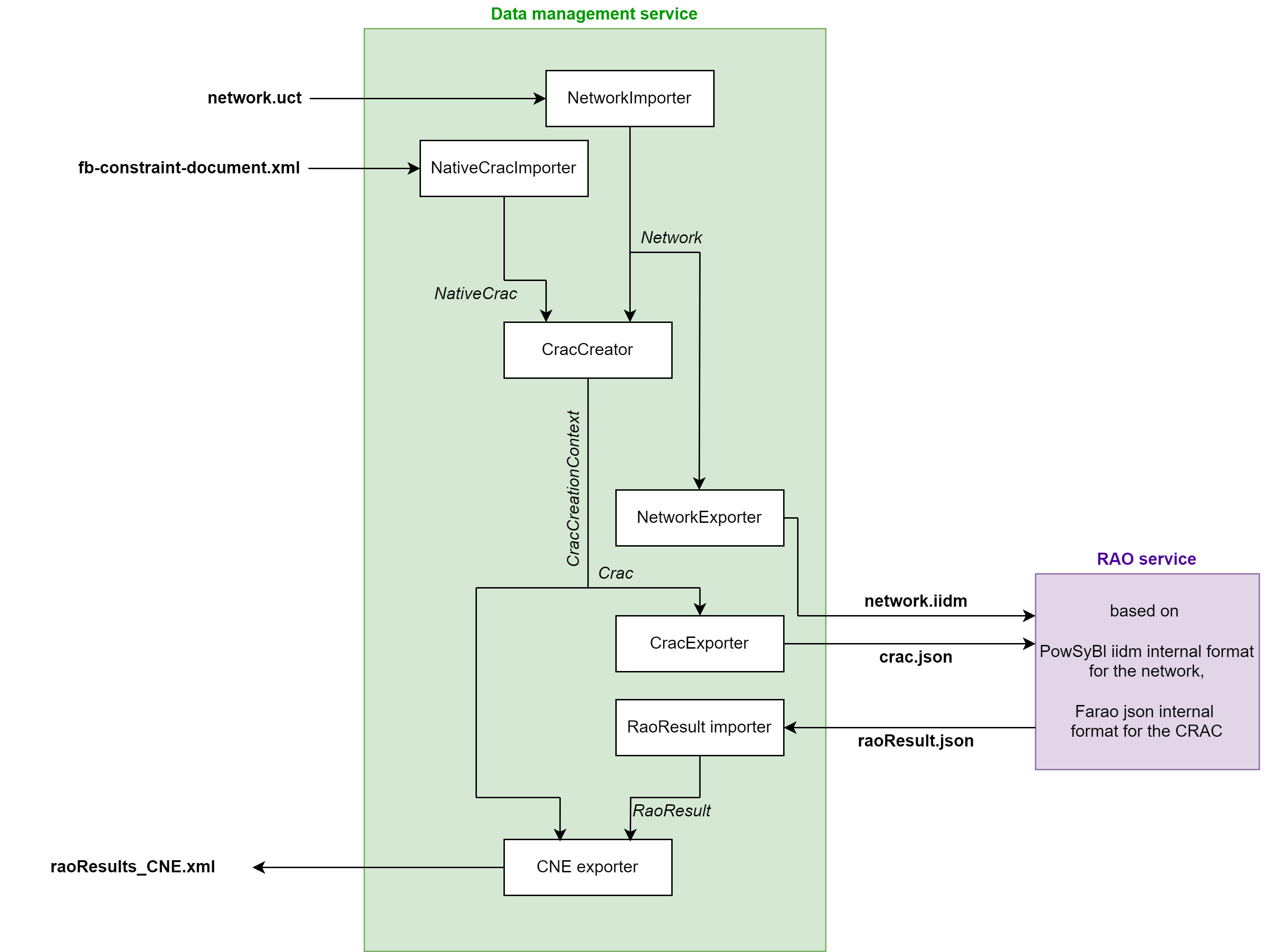